All Weather battle at Wolverhampton on Thursday

The 5.40 Class 3 Handicap at Wolverhampton over 5f 216 yards looks like being between Sutton Veny, Piscean, Edinburgh Knight and Secret Asset.
Sutton Veny and Piscean met at Kempton in October over 5f when Piscean came out on top in a race run in course record time however Sutton Veny is 4lb better off this time and of the two is the more likely to prefer this distance. Both have won since that race and Piscean was unlucky on his latest visit to Wolverhapton when after a slow start he was chopped off on the home bend before picking up very well late on.
Edinburgh Knight ran Take Ten to half a length at Lingfield over 6f and Take Ten had previously beaten Noverre to Go easily at Dundalk so that Lingfield run could turn out to be decent form by AW standards.
Secret Asset has run several big races during the summer and was only beaten 4 lengths behind Evens and Odds in the Stewards Cup at Goodwood and has winning form here too off a mark of 90 in a Class 2 over 6f.
We must also look at the low drawn horses in this race as the sprints here are often dominated by them ;
Stall 1 - Esuvia
Stall 2 - Waveband
Stall 3 - One Way of Another
Stall 4 - Tourist
Stall 5 - Onceaponatime
Esuvia could be the one to take advantage of the number 1 draw and come out best of those drawn low. She won at Redcar in July off 81 over 6f having been up front throughout. Only having had 10 races to date she is open to improvement and she was 2nd on her only previous run here in a maiden.
Looking at the race as a whole though I feel that Sutton Veny (pictured below) could benefit from being drawn in stall 10 as he can be dropped in and produced late to win over a distance he is comfortable with. 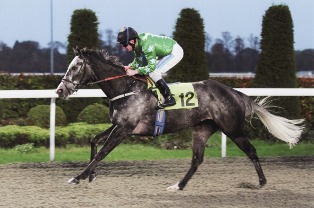 MAN VS HORSE (NO CONTEST)

DAYJUR: THE HORSE WHO JUMPED SHADOWS

I know what you are thinking...  That name sounds familiar. If you love your horse racing - it's there, trust me, dancing about t...