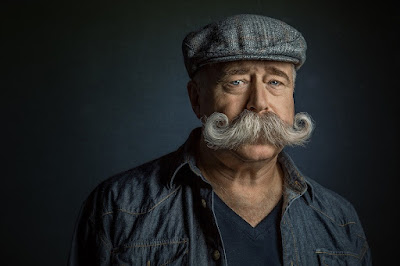 Ironically, for a devout, lifelong atheist, Phil Bull (not pictured) once said, ‘I was bred to be a saint, you know’. Born on April 9, 1910, in the small town of Hemsworth, West Yorkshire, Bull was the son of William Osborne Bull, who began his career in the Salvation Army, but later worked as a coal miner and as a sanitation engineer, and Lizzie Jessop Watson, who was a Sunday school teacher. He was educated at Hemsworth Grammar School and at Leeds University, graduating with a modest degree in mathematics in 1931. Bull subsequently taught mathematics in London and did not abandon the teaching profession, at least, not entirely, when he embarked on a career as a professional gambler, which would make him a familiar figure on British racecourses for decades afterward.

Interest in Gambling
Later in life, Phil Bull recounted almost certainly apocryphal stories of how he was taught the rudiments of odds and betting parlance by his mother in early childhood. Nevertheless, Bull started betting, to small stakes, as a schoolboy and, during his studies at Leeds University, his mathematical and research skills, coupled with his abiding interest in horse racing, naturally led to the statistical analysis of race times. Following graduation, Bull continued to develop a unique technique for evaluating horse racing form, based not only on relative finishing positions, as was commonplace, but also on race times. Bull bet on the conclusions of what became ‘Temple Racetime Analysis’ with no little success and, in 1938, starting selling information, by mail order, to the general public. Initially, his teaching job precluded using his own name, so the ‘Temple Time Test’, as the service known, was sold under the pseudonym ‘William K. Temple’. The Temple Time Test proved highly successful, so successful, in fact, that Bull gave up his teaching job to concentrate on gambling for a living.

In 1970, Phil Bull published his ‘Ten Commandments’, which, paraphrased in less ‘Biblical’ language, read more or less as follows:

1. The selection source is unimportant, but bet only on selections you consider value-for-money; avoid the temptation to bet in every race. (As a side-note, on the subject of value-for-money, Bull was not afraid to bet odds-on).

2. Luck, the law of averages and staking plans are delusional, so place no faith in any of them.

3. Bet according to your means and adjust your stake according to the chance of your selection, as you see it; a selection with a greater chance deserves a higher stake.

4. Do not bet each-way in large fields, unless you are satisfied that the place portion of the bet represents value-for-money.

5. Shop around with bookmakers and the Tote to find the best prices, according to your judgment.

6. Do not bet ante-post unless you know your selection is a definite runner.

7. Do not buy systems; if you come across a profitable system, keep it to yourself.

8. Bet in doubles and trebles if you want to, but not on objections.

9. Make wise, attentive betting decisions and adopt a patient, cautious approach to betting, but do not be afraid to be bold if circumstances dictate.

10. Bet only what you can afford to lose; increasing stakes beyond your means, even in the short-term, can lead to catastrophic losses.

Thankfully, from a historical perspective, Phil Bull kept meticulous accounts, just over three decades’ worth, of his ‘serious’ betting activity between 1943 and 1974. However, it is worth noting that, even before the start of that period, Bull had won enough money by backing Pont L’Eveque, winning of the so-called ‘New Derby’ – a wartime substitute for the Derby, run at Newmarket, rather than Epsom – in 1940 to buy a five-bedroom, detached house in Putney, South-West London. In 1944, the year in which he was bombed out of his London home, prompting a return to Yorkshire, Bull had a ‘serious bet’ on Dante, beaten favourite in the 2,000 Guineas and, always one to stand by his judgment invested heavily at 5/1 and again, at 10/1, on the same horse to win the New Derby. At Newmarket, Dante was sent off at 100/30 favourite and won by two lengths; Bull collected £22,000, or in excess of £958,000 in modern terms. In 1952, Bull enjoyed his most profitable season ever, collecting £10,500 for an investment of £1,700, in various bets, on 1,000 Guineas-winner Zabara and £8,000 on Middle Park Stakes-winner Nearula; all told, that season he collected nearly £38,000. Another notable success came in 1963, when, after a series of unfavourable results, Bull staked £1,000 at 20/1 on Ebor-winner Partholon, thereby recouping all his previous losses. According to his own accounts, between 1943 and 1974, Bull made a total profit of just under £296,000 which, even at the most a conservative estimate, is the equivalent of over £3 million in modern terms.
Publications

Aside from his early work under the pseudonym William K. Temple, in 1942, Bull published his treatise on betting, entitled ‘The Mathematics of Betting’, under his own name. The following year he published ‘Best Horses of 1942’, the first in a series of annual volumes that would ultimately evolve into the ‘Racehorses’ annual under the ‘Timeform’ banner. Indeed, the first Timeform annual ‘Racehorses of 1947’ followed in 1948, and included an essay and numerical rating for each horse that ran on the Flat in the 1947 season. Remarkably, the four highest-rated horses, according to Timeform, filled the first four places in 2,000 Guineas, in the correct order, and were led home by My Babu, whose entry read ‘should win 2,000 Guineas’. In 1975/76, Bull published the first edition of the Timeform ‘Chasers & Hurdlers’ annual, which extended coverage to the sphere of National Hunt racing.

In promotional material for ‘Bull: The Biography’, published in 1995, Phil Bull was billed, justifiably, as ‘racing’s most celebrated and successful punter’. Certainly, Bull was one of the most influential figures in the history of horse racing, developing an innovative technique for analysing form by awarding a performance figure to each individual performance by a horse. Nowadays, that practice is part of the official handicappers’ methodology for handicapping horses. However, although he won, and lost, thousands of pounds, Bull was by no means an inveterate gambler. In fact, he once said, ‘I’m not a gambler. Betting as such doesn’t interest me’, although he added, ‘Racing is different; it’s a continuing play with a fresh set of individual characters every year. Not a who-done-it, but a who’ll do it.’
Photo: Pixabay free for commercial use and no attribution but given