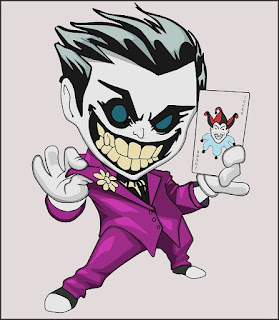 Who is Patrick Veitch?
A professional gambler once dubbed 'The Baby-Faced Assassin of the Betting Ring' by the tabloid press, Patrick Veitch is one of the most successful punters of modern times. As detailed in his autobiography, 'Enemy Number One: The Secrets of the UK's Most Feared Professional Punter', first published in 2009, in an eight-year period from 1999 he recorded profits in excess of £10 million.
Notoriously reticent to reveal any details of his personal life, Veitch was a mathematics prodigy and not only applied to, but was accepted by, Cambridge University at the age of just 15. Unsurprisingly, he read mathematics at Trinity College, but soon launched a premium-rate telephone tipping service, operating under the moniker of 'The Professional', and recruited from the student body to man the telephones. Heading into his third year, his service was realising over £10,000 and, eventually, he abandoned his studies altogether.
Veitch attracted the attention of leading owner Michael Tabor, one of the richest men in the country and a shrewd, unflinching punter, who paid him a seasonal retainer for his tips. Once, and only once, in a three-year period did Veitch tip what he considered a 'certainty' and, unafraid of 'putting his money with mouth was', invested £20,000 of his own cash. His selection, Blue Goblin, in the Coral Sprint Handicap at Newmarket on May 31, 1997, was sent off a heavily-backed 11/10 favourite and duly quickened clear to win, easily, by two-and-a-half lengths.
Everything appeared to be set fair for Veitch, but the following June his association with Tabor, his career and his life, as he knew it, was brought to a shuddering halt. Faced by a disgruntled local businessman demanding money with menaces, Veitch refused to pay the stipulated £70,000, but contacted the police and, on their advice, immediately went into hiding for a period of nine months.
Veitch eventually testified against his would-be extortionist, Calvin Hall, an infamous and, as time would tell, highly dangerous criminal in open court, wearing a bulletproof vest. Hall was sentenced to five years' imprisonment in November, 1998 and subsequently received a much longer jail term after being convicted of the attempted murder of a police officer. The extortion episode took its toll, emotionally and financially, and by late 1998 Veitch was, by his own admission, 'at rock bottom'. However, in typically industrious, single-minded and self-confident fashion, he set about redressing the balance.
In 'Enemy Number One', Veitch writes that his success essentially boils down to 'finding a bet where the odds are greater than the true chance of that event happening.' However, he does concede that any successful punter must possess the characteristics of a 'brain surgeon', when studying form and assessing odds, and of a 'mad axeman', when actually placing a bet. Nevertheless, such is his belief in his own ability, he once said, 'The chance of me having a losing year is basically zero.' Indeed, the main inconvenience that Veitch faces is placing bets with bookmakers; such is his notoriety that he cannot do so himself, so he employs a network of associates to wager money on his behalf.
Veitch apparently makes most of his profits from his own hard work, rather than being 'privy' to inside information. However, Veitch and his partners, collectively known as 'The Exponential Partnership', did pull off a major betting coup with their own horse, Exponential, in the Wright Brothers Maiden Auction Stakes at Nottingham on August 16, 2004.
The two-year-old son of Namid, a good source of useful juveniles, had made an unispiring debut for trainer Stuart Williams when last of 13, beaten 17 lengths, in a slightly better maiden race at Beverley the previous month, having weakened just after halfway. At Nottingham, Exponential opened at 100/1 but, having shown improved form at home, was backed into 8/1 joint-fourth favourite. Once underway, Exponential raced prominently and, once ridden into the lead a furlong-and-a-half from home, kept on to win by a length; Veitch landed winning bets worth in excess of £235,000. The racecourse stewards understandably questioned Williams regarding the improved form shown by Exponential, but accepted his explanation that the gelding had strengthened physically since his debut and benefited from the experience of his previous outing.
Pixabay: Free for commercial use and no attribution but given