It's a Classic Tactical Affair 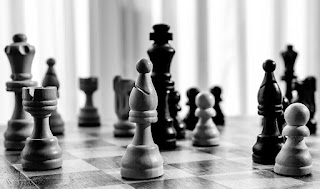 As a follower of two-year-old horse racing, I don't take much interest in the three-year-old Classics: 1000 Guineas, 2000 Guineas, Epsom Derby, Oaks & St Leger.

Perhaps I should.
I was going to say it's a time thing, but thinking about it, that can't be the case as it doesn't take any longer than a few minutes. I guess I'm just not that interested which is a shame as these should be races to savour.
I'm sure many race fans enjoyed the Oaks and the Epsom Derby.

As it happened, I intended to watch the Derby but got carried away with work and then the next thing it had come and gone.

I checked the result to see big-priced horses filled the frame.

I still haven't watched the race.

However, my good friend Eric Winner asked: ''Did you watch the Oaks?''

An hour or so later, I watched it. I knew what he was referring to because we had a conversation about pacemakers.

I wonder what is your opinion about pacemakers in high-class races? I guess they are there for a reason. Strangely, trainers would, I imagine, say they have a pacemaker so it is a truly run race. Using tactics so it isn't a tactical affair. It doesn't sound very logical to me.

The way the Aidan O'Brien and John Gosden horse stormed to the front, to me, made the race a ridiculous sight. It took away from the atmosphere and spectacle. Should these horses even be in the race?

The pacemakers were ridden in splendid isolation. Then dropped back. The race was won easily by Love.

I wondered what I was watching. The circus of the pacemakers. Any form of manipulation brings about problems if not ethical issues. Something very honest and true is tainted.

To me, there's something wrong with this whole approach.

I guess pacemakers are needed?

A trainer, I guess, can instruct his rider to run any way they wish, as long as they are trying.

However, I wonder if these high-profile races are lessened by such tactics. If a horse is a champion then I'm sure it will win. To challenge adversity and win whether than is being held up or being brave enough to lead from the front.

That is a champion.

Isn't that the truth of the story and the one we want to watch and read about?

Whether a pacemaker or not any horse has the right under the present regulations to lead. So we may be questioning is a front runner simply a horse that leads or is it a pacemaker?

But the whole premise of the argument is the intention. Clearly, the respective trainers made the decision to have pacemakers and I think it undermines everything good about horse racing.

The Oaks wasn't the race it should have been.

A superb winning performance was made to look poorer for the tactics employed by those so wanting to win.

No wonder I stick to my run-of-the-mill two-year-old racing.
Photo: Pixabay free for commercial use and no attribution but given