The Forgotten Winner of the Grand National Abd-El-Kadar (1850) 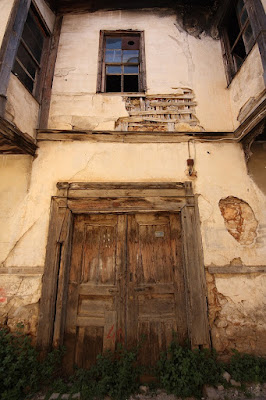 The Grand National has a long history.

In fact, the first winner of this race dates back to 1839 when Lottery won for jockey Jem Mason, trained by George Dockeray. Under the welterweight of 12 stone he made owner John Elmore's day winning at odds of 5/1.

When you consider there has been 180 Grand National winners and counting, this is one race that doesn't lack stories to tell.

Probably the greatest being the three victories of the legendary Red Rum, trained by Ginger McCain, who won this historic race at Aintree, Liverpool in 1973, 1974 & 1977.

Upon his death on the 18th October 1995, he was buried at the finishing post of this grueling steeplechase which covers a distance of four miles and two and a half furlongs and thirty jumps.

Unless you are a true aficionado of the greatest race in the world, it may be a name you have never heard. However, if you went back to 1850 Abd-El-Kadar would have been a name on every punter's lips, as this eight-year-old won for Irish raider Joseph Osborne. This 'pintsized' horse won at unquoted odds, and bookies only offered 20/1 in running as jockey Chris Green looked to hold some promise.

He went on to win by one length.

There's one thing we can say about the difficult-to-pronounce Abd-El Kadar, (Little Ab) he wasn't considered by most a likely winner until after the race.

However, this wasn't the case the following year as this nine-year-old was noted as one of the major horses to beat at odds of 7/1. Everything was much the same bar a six-pound rise in the weights and ridden by Tom Abbot.

Abd-El Kadar won by the official distance of half a neck.

In many ways this horse was the original Red Rum, with high hopes of winning three Nationals in a row. When you consider the nature of this course and the fences back in the day this would have been deemed impossible.

Could Abd-El Kadar be the first horse to win the Grand National three times?

Sadly it wasn't be as the ten-year-old carrying a weight of eleven stone four pounds, ridden by Denny Wynne, and starting at odds of 9/1, was pulled-up at the seventeenth fence.

The race was won by Miss Mowbray at odds of 50/1 for George Dockeray in the ownership of T. F. Mason.

To his credit Abd-El Kadar ran in the 1853 race when finishing 5th at odds of 20/1. The winner of that race being Peter Simple, trained and ridden by Tom Oliver for owner Josey Little.

Unfortunately the lad had forgotten to put the nose band on Abd-El-Kadar and his trainer feared his chance would be gone. In fact, the owner/trainer rushed to the start and begged Lord Sefton to delay the race but he refused. His fears were realised as the horse pulled its way to the front on the first circuit, to the point he led by one hundred yards when coming back on the course but couldn't keep up the pace as he was challenged and passed by Peter Simple at the Canal Turn, his fate sealed.

Other horses to win the Grand National on consecutive years include:

With Tiger Roll disappointing on his return, it could well be the case this consecutive winner will be another Abd-El Kadar if he gets to the race at all.

Good luck to all runners in this year's Grand National.

Pixabay: Free for commercial use and no attribution but given