Is Gambling a Mugs Game? 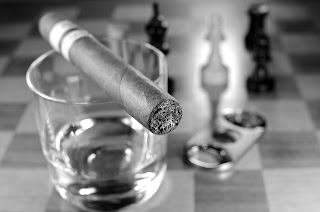 Should I start by being provocative?

It's like two sides of the same coin, and few on the edge. Firstly, I'm not some kind of raving maniac, frothing at the mouth, who is pro or negative gambling. It should be an informed choice. However, it should be an opinion that is driven by the want to make money rather than the forlorn decision to bet for fun.

That is truly a poor decision.

If anyone bets for fun, the buzz, whatever you call it, and doesn't care about losing then I would suggest they need to sit down and think hard.

The only exception to that is betting small money so that it doesn't, seemingly, matter.

This thought process is a mistake and you need to question your naivety because it may lead you down a path which you wouldn't have taken. This may be the problem with most gamblers. Certainly, those people predisposed to addiction. If you notice this within yourself, be well observed, keep well away.

If you're lucky, then you need to get some luck and win big. It happens. You read about it every day. A large number of these people lose every last penny and return back to the equilibrium.

Most people who hate gambling have no real understanding of the subject.

I guess it's the way of the world. Like the patient who tells the doctor what it's all about.

I think most anti-gamblers, generally, say these things to help. They do so because they care. And that is good.

All I would say is that there are many varied forms of gambling, often under the umbrella of investment.

These may seem justified as ''good, proper, sensible'' gambling. Without knowledge and experience this is probably a very bad idea and without true understanding and knowledge you are hoping to defy the odds.

Each to their own.

Without exceptional understanding your odds of success are slim.

Gambling for fun isn't a good idea. However, it is something most gambler do. They do so because they haven't got the time to learn what makes a winner from a loser.

To be fair, this isn't an easy undertaking and could be years if not decades in the making.

Do you want to invest so much time and effort without any guarantee of success? You don't need to bet to learn what makes a successful gambler.

You would be wise to bet matchsticks.

Yes, I know it sounds a touch ridiculous, but unless you want to lose cash while learning then you are better to focus on improvement rather than contemplate the frustration of losing cold hard cash.

You may be able to control yourself betting pennies, but for the potential problems this may bring you are better off sticking to the theory and leave the practice until later.

I don't know what percentage of gamblers are mug punters, I really don't.

There are plenty of professional gamblers who have won and lost a fortune so it's not an easy journey to take for even those who should know better.

You need to have a certain character to be a successful gambler. Strange as it may seem, someone who doesn't really like to gamble. If you are basing your ability of unemotional logic and knowledge you are further ahead than most.

The majority of gamblers are too fixed on the buzz.

It's like trying to tame a bumblebee with a spoonful of honey.

It would seem most gamblers lack self awareness of their finances if not anything else.

I've been surprised how many intelligent people lose all sense of anything when they gamble.

This is due to lack of understanding and the buzz which addles their brain.

Just like a young horse learning bad habits [which lead to unfulfilled potential] the same can be said for gamblers. They build habit on habit without even realising they are in the grip of them.

They have no understanding of what is right from wrong.

Without experience, which never comes easy, and needs to be analysed, you are at the mercy of the unknown or unpredictable.

To be honest, I would suggest to most would-be gamblers not to waste their time. They have so much to learn that it might be easier climbing a mountain. If you like a challenge and want to get your teeth into a long and wide subject then you are probably right for the job.

You cannot and will not be able to know everything.

There simply isn't enough time or energy to know a little about everything.

I'm sure you can see it is pointless.

You don't need to know everything. Just a little more than most. As I often say, double your knowledge by doubling your bet. It is the answer to the question. You just have to know your niche.

I follow two-year-old racing. I don't bet in pattern races, nurseries, sellers, claiming races. There's a reason. I don't have enough time and I don't need to be the Jack of all trades and master of none.

It's a pointless accolade.

Knowledge is power. If you know more than most you can listen, look and smile.

You're literally smiling at someone's lack.

You will be taking their money.

Perhaps my assessment of most gamblers seems a bit stark. You may think 'What do you know'.

You can think what you like as it makes no difference to me.

However, if you didn't know the opposing player was Bobby Fischer, American chess Grandmaster and World Chess Champion, you may be surprised how they make your look pretty ordinary. They, conversely, would be looking at you as easy prey. Their expectation of the win would be so high that they would be stunned if you achieved that elusive victory.

You want to be sitting across the table from anyone and fancy your chance that you are better.

Even if you are an unknown.

As a successful gambler you need to understand what you have to do to achieve those lofty heights.