What Happened to the Traditional Bookmakers? 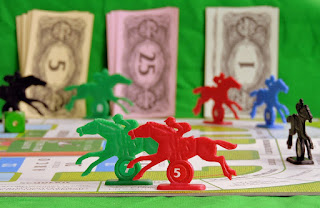 Can you remember Honest Joe your local bookmaker?

You may have to ask your uncle, dad or grandfather. I remember my dad use to like a bet and there was an independent bookmaker at the top of the road next to the corner shop. It was a tiny place, a prefabricated building, most likely a remnant of the Second World War. It was run by one of the Scotney's. I will have to ask my cousin whether it was Fred or Michael, although I know it wasn't Joe (and I'm not sure if he was honest or not).

I wasn't old enough to place a bet, and by the time I was, it had gone. Fell by the way like many independents.

As I have said before, we live in a competitive world. And the idea of thinking every bookmaker is guaranteed a life of luxury off the back of numpty gamblers isn't quite as common as the public may believe.

The mentality of the general public that the bookmaker always wins isn't true. Although most bookmakers shrivel up and die because of competition from other bookmakers rather than a comical scene from the film Carry On at Your Convenience where Sid Plummer's pet budgie gave him a string of winning tips and luckless turf accountant Benny The Bookie swiftly closed his account.

Sid Plummer [played by Sid James, who was a problem gambler in real life] said to Benny The Bookie: ''What kind of sportsman are you?''

He replied: ''If I was a sportsman I'd be riding the horse!''

Perhaps my view of the good, old, honestly bookmaker is just built on nostalgia. Isn't it always the case those bygone days were much better (even in times of war). I'm sure such a nostalgic view is sickly sweet in response to the bitter pill of the modern reality. I'm talking about bookmakers but it could be anything. Talk to a football supporter about the olds days they remember with pride. Passion, truth & loyalty have been superseded by money and profit and loss.

I know that was probably the score back in the day but the funneling of where all the money goes is a different story. We have only to see the proportion of sponsorship/advertising which goes to the Premier League compared to the lower divisions to see the truth. It is the same with the Premier League for PDC Darts. But that's another story...

Perhaps I have got it wrong but my thought of the old-time bookmakers contrasts greatly with today.

Today's bookmakers remind me of a wolf in sheep's clothing. Or perhaps that should be that mass of gooey jelly The Blob, the villain in the 1958 independent science fiction-horror film.

The Blob was a growing, corrosive alien amoeboidal entity that crashes to Earth from outer space inside a meteorite. It devours and dissolves citizens in a small community, growing larger, redder and more aggressive each time it does so, eventually becoming larger than a building.

I think The Blod was, in fact, Bet365. You may think it is Ladbrokes, Coral or umpteen other bookmakers who have a corrosive approach to punters - winners and losers.

Bookmakers have changed to be monster, tarted up with make-up and expensive spin doctors and fancy ad campaigns to portray the image of Mother Mary who is giving in all ways until you are met by the truth which lurks behind a curtain something akin the Wizard of Oz who spoke through a voice machine, with smoke and flashes of light to make him seem important compared to a small man with a big mustache and a love of emeralds.

I have a growing hatred of bookmakers. Their cynical ads that pollute every sporting event, contaminating the minds of naive gamblers who ''really need that free bet'', or the spin that ''somehow'' having a bet on a game makes it more fun, interesting... I mean, why don't you buy a pair of Harry Potter glasses to look more intelligent, too.

The sad fact of the modern bookie is that they are like a filter system to weed out the winners, close their accounts, or stitch them up by saying they are betting for someone else or money laundering to, basically, make up a reason not to play fair and actually payout a winner. Instead, they nurture losers, in a manner that's akin to a drug dealer giving away free drugs to get someone hooked and then taking all their money thereafter because they have morphed into a zombie-like being who doesn't have very deep pockets but a suitcase full of problems.

Let's nurture the losers, steal all their money, we know its immoral, but we can make it ok because we have a disclaimer which says ''when the fun stops - stop!'' and we will be the good samaritan by telling them to go home when they have run out of cash.

Thank you (fill in space with your corrosive bookmaker name).

Like smoking advertising and promotion used to be plastered over every snooker match back in the day. Bookmakers need to tread carefully and start acting in a manner which befits a true gambling experience with a touch of heart and soul. What will be the benefit if their greed destroys their own business?

Gambling, in my opinion, isn't about having fun and I would advise anyone not to bet unless they view it as a business.

That may seem a bit strong but the truth is that most punters are taking a journey which isn't a pleasant saunter through an idyllic forest filled with magic and wishing wells.

In truth, they will be met by The Blob. It doesn't care about you, your life, your family, hopes, dreams...

It is a corrosive ball of goo that will keep you alive but suck every last penny out of your pockets, bank account and challenge every aspect of your life including loved ones who will, in truth, never have an answer to your problem.

God bless.
Photo: Pixabay free for commercial use and no attribution