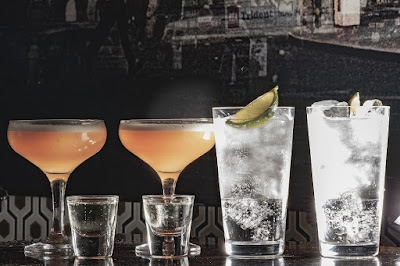 Anyway, you may be thinking 'What's this post all about?'

I often think the same.

I've been in a few dens of iniquity. Most didn't feature immoral or grossly unfair behaviour.

For example, when out with friends, at the casino, not one of the crew has asked for a snowball or a black stallion?

But does the drink a punter (gambler not corner street) chooses reflect the how much or little they bet.

I can't help thinking the latter is true. Simply that if a punter pays £500 for a bottle of champagne they are more likely to bet a monkey (£500) on the 6/4 jolly.

Would that be a man or a woman?

Both give varied thoughts.

I guess it got its name because the vanilla-flavoured vodka-based drink has one part passion fruit juice. Garnished with passion fruit.

I must be going to the wrong places.

If it's your favourite drink.

Photo: Pixabay free for commercial use no attribution but given