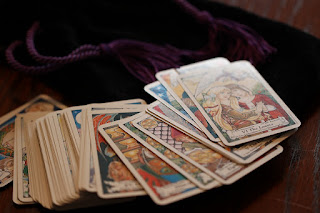 Wait a moment, I'm putting on my lucky socks.

Only 13% of the population admit to being superstitious. I imagine the true figure is much higher. To test out my theory I would love to run an experiment that tests a ''subject'' to the max with black cats, ladders, mirrors, rabbit's foot, and a free bet to assess beginner's luck whether at the races or local bookmakers.

I don't know the percentage, but I have an inkling gamblers are more susceptible to a magpie or two than your average homo sapien.

I know I have some funny, little way...but let's talk about gambling superstition.

There is one thing I never do and that's tempting fate when assessing the chances of a given ''no-hoper''. Just by saying: ''That horse can't win'', literally cuts its odds in half...and every word after that in the negative halves it again and again. So that 33/1 shot is 6/4 before the start of the race. You watch, smiling in your confidence that you are tempting fate, to learn you made a mistake. The one-eyed, three-legged beast trotted up (well in a tripod fashion).

I've seen it happen too many times. In fact, Tony saw a Michael Bell debutante filly at Great Yarmouth racecourse and started to question its chance because it looked, to him, a touch small and skinny. A bookie heard him talking and the odds halved! (Yes, that is a joke.) But Honest Joe wishes he had when Lady Light cruised home to win by four-and-a-half lengths at odds of 8/1.

Tony wished he'd kept his mouth shut. He actually fancied the horse before looking at it under the microscope of skepticism. He really should buy some rose-tinted spectacles.

No wonder I keep stum because I could tempt a three-legged pit pony to beat Shergar if I slagged it off enough.

I guess punters always fear the unknown or try to make the unknown known with a lucky four-leaf clover. A rabbit's foot or a sprig of heather from a gypsy with a winning smile.

I wonder if you are superstitious - whether good or bad.

Good luck!
Photo: Pixabay free for commercial use and no attribution but given