This Racing Lark is Bad for U.S 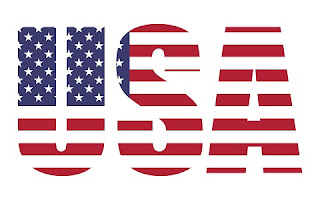 I can't say I know much about American horse racing.

Is it true that they all run left-handed or is that an old wives' tale? I could Google that very point but I would rather be oblivious until the end of this post. I'm sure one of my lovely friends will tell me the answer.

Over the last two years, I have been lucky to live in West Palm Beach, Florida. It is a beautiful part of the world. I think the closest racecourse is Gulfstream Park, which is nearer Miami if not Fort Lauderdale. Searching on Google Earth, I was surprised how it was just a stone's throw from the coast.

I haven't been to the races in the U.S.

I'm most definitely a creature of habit.

After spending 30 years plus understanding British two-year-old horse racing I have neither the interest nor motivation to dip my toe into the unknown. As I have said before if you can make your racing pay simply double your stake rather than read twice as many books.

With one thing and another, I run a lot of horse racing websites. Well, they are related to sports, gambling, with a touch of wit & wisdom. For the most part, I enjoy what I do. It can feel like there aren't enough hours in the day but I'm sure there are plenty of people who feel the same. I don't really need to do anything, so it is my choice. And that is a luxury few can share at this time.

I've been updating broken links. I should have done this task months ago as I noticed a good few point towards the abyss of pages no more. I am gradually getting sorted. The website is a valuable resource which basically saves time.

I noticed one trainer Patrick Gilligan. I'm not sure why I left his name on the list as he must have retired from training in the UK for a good few years. I often leave them on the page as a mark of respect, the same as those who have sadly passed away. Alan Swinbank, Pat Eddery and many more.

While checking the info regarding Patrick Gilligan I noticed a story on the Paulick Report. It detailed that Gilligan had a dim view of U.S racing. He moved over the pond in 2014 to help his son, Jack, a jockey, pursue a racing career on the Midwest circuit.

In an interesting and informative read, he said: ''U.S racing is seemingly designed to harm the horse in some way.''

“I have to start with the track and the strict diet of left-hand galloping, day after day, after day. “You don't need to be an expert in equine biomechanics to understand that horses – who are designed to run more or less in straight lines – are likely to be harmed by the repetitive, unrelenting galloping left-handed on a daily basis.

And then they start breezing left-handed, flat out around a turn, placing more torsional stress on the pastern and cannon bone.”

Gilligan also points a finger at dirt surfaces, which he says are at odds with a Thoroughbred's lower limbs since they evolved to run on grass. “There is no bounce from a dirt surface, the horse's leg just hits it, time after time, two and a half times a second when breezing or racing, and the dirt does nothing to help the horse spring forward into its next stride at all.”

Gilligan considered synthetic surfaces, which he notes have been substantially improved since they were first installed years ago, and on Lasix, he opines that bleeding is not an issue that needs fixing: “Minor bleeds are not a serious health or welfare issue. If the horse bleeds to an extent it negatively impacts performance, tough. That animal is not fit for purpose. Retire it, find it another life. Do not breed from it. The old adage is breed the best to the best and hope for the best – not breed the unsound bleeder to the unsound bleeder and find some stronger meds.”
Photo: Pixabay free fro commercial use and no attribution but given