Fond Memories of the Grand National back in the Day 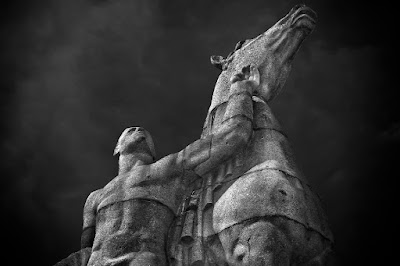 One of the first horse races I can remember was the Grand National.

Being a 70s child I grew up with the greatest steeplechase in the world on the TV. Every April, we were glued to the box, come rain or shine.

In fact, it was one of the reasons I grew up to have an interest in horse racing although these days I am more of a flat racing man that the National Hunt, although I do appreciate both.

I've been the Huntingdon and Fakenham racecourse for the National Hunt and enjoyed the meetings. I think 90% of the racegoers were local if not regulars. It was nice to see they allowed patrons to take their pet dogs as long as they were kept on a lead. I think I had as much fun watching a selection of pooches, some wearing little jackets to keep them warm, on what was a truly bitter-cold day. There is something about being on a racecourse in the middle of winter which gets to the bones of young and old alike. I guess I had got used to enjoying summer days at Great Yarmouth although I have been caught in a storm or two there. As they say in the UK, we have four seasons in a day and that is what makes it special in its own way.

I enjoyed my day at Fakenham, which is located in the county of Norfolk, as it had a very traditional feel about it.

My Dad loved his racing. I'm not sure if his father enjoyed it or not. I know his brother, Keith, did as do many of my cousins and Uncle Fred was a keen racing man as they all enjoyed the Eastern Festival at Great Yarmouth, which takes place every September.

Our summer holidays always coincided with the Eastern Festival and we loved our family holidays. The worst part was coming home because the school had started the week before and it was a nightmare trying to get a timetable or work out where to go. I remember this especially well when starting our secondary school. It was a return I would rather have forgotten.

I think every race fan has fond memories betting on Grand National. My brother followed a horse called Classified who never fell in his life but was tarnished with that tag when his jockey was unseated. I remember another fan writing to the Racing Post to display their utter disdain at this slight.

We all have our favourite horses and that's what makes it special. You could pick a 100/1 shot and no one can say your horse is a loser until after the race - and even then, sometimes, you will be correct.

Classified never won the Grand National but was remarkably consistent either placed or in the first five for a number of years.

I was lucky enough to pick Aldaniti (pictured) who won the big race on the 4th of April 1981. It was a truly remarkable story for both horse and jockey. Many gave up hope on both steely characters who said: ''Just you wait and see.''

Bob Champion rode the race of his life and successfully battled against cancer and raised millions of pounds for charity in the process.

The Grand National has always been a race where dreams are made, built on blood, sweat, and tears (and a glimmer of hope).

For many, Red Rum is the greatest Grand National winner of them all.

In truth, every winner of the Grand National tells a story few would ever believe.

Whether, horse, trainer, owner, jockey, even commentator, or lucky punter down the road. Those who would never bet in all their life are ready to put the cash down and hope it is their lucky day.

We all remember the year we had a winner on the greatest race of them all.

The Grand National.
Photo: Pixabay free for commercial use and no attribution but given