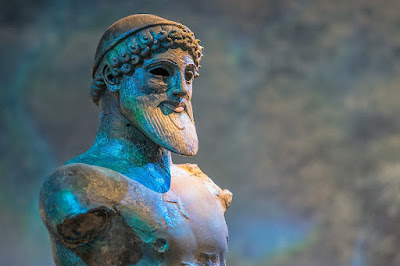 It always makes me smile when people talk about gambling.

In fact, it is one of the main reasons why I don't chat with people who have no understanding of this subject matter.

Because they lack knowledge. And that leads to them falling back onto cliches.

I could go on forever. It really is a waste of time giving your thoughts, time, or energy to someone who doesn't have a basic understanding of the subject at hand. To me, it's the same as someone going to the doctors and trying to tell them what it's all about. You know what the doctor thinks when you leave the room.

Most GPs are probably a bit more polite even in mind but they think it. Because you are literally taking the piss out of them (but the individual is too brainless to register that point).

Talking to someone who doesn't have a foundation of knowledge has nothing to offer (unless you want to talk about the weather or how many furlongs in a mile, because they don't even know that, but they ''know everything''). I don't waste my time with such people. It's a survival method - for them. Because I feel like cracking their skull before the conversation has ended. They tell you where you are going wrong even though they have not the slightest idea about anything. It really defies comprehension. I base this chatter on a person who has little intelligence. Sad (for them) but true.

I have met more stupid people than I care to consider. Those days have gone because I only talk to people who I wish to express an informed opinion. My opinion, knowledge, wisdom has worth and I don't intend to try and convert brainless morons who don't even know the basics.

I follow the niche of two-year-old racing. I've had people trying to tell me that horses start racing at three. This is the level of ''knowledge'' in the primordial soup.

Anyway, you get the message.

Expertise is no different in any area of life or work. To prove a point, you would have enjoyed talking to my dad's brother. My uncle Keith was a painter and decorator. He was old-school. He was trained to a high level. He painted with a brush, after preparing whatever surface as if he was painting the Mona Lisa. You may consider yourself a painter and decorator. And I do admit times have changed. However, if uncle Keith saw you painting a wall with a roller (even if you had a decade of expertise) he would have considered you an amateur. He would have laughed at your efforts and considered you a joke. I'm not saying it to be nasty. It's just a fact. If there had been a competition he would have painted your wooden spoon with his brush. Sure, you completed the decorating job but while you painted the house down the road, he's been patting a corgi down the neck after Her Majesty the Queen remarked how pleased she was with this work.

He was in a different league. I think the word we are looking for is an EXPERT.

Gambling is the same. Some people just know a lot more than others. They didn't wake up one morning and magically know more. They worked hard and that put them ahead of the game. It's like a student who revises for a year while another pupil didn't read any books and just kind of hoped they would pass.

When you consider how many businesses are operating in the country. How many make more than a million pounds a year? As a percentage, it would be small. That means most are just about getting by while a few are coining it in.

Gambling is the same.

What I find astounding is the number of gamblers who simply do not improve from the first bet to their last - even if this is over decades. It doesn't make any sense. Would you go to college or university for a decade without learning something more than most?

Before making your next bet, consider how you can improve your knowledge and successful betting will follow suit.
Photo: Pixabay free for commercial use and no attribution but given