Interrogated by the Gambling Thought Police 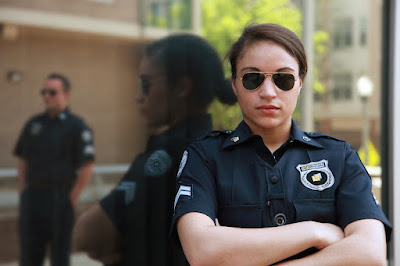 You meet some people, hey.

Annoying bureaucratic people who ''have a job to do''.

I'm not going to say exactly what this is all about or the company/person I was talking to because I am fearful of them reading this post and tracking me down like Channel 4's Hunted.

I was left feeling like I'd been interrogated by the police for doing nothing wrong.

This all came about when I noticed a certain money services platform kept flagging up my account as having a problem. I had no idea why. I haven't done anything wrong beyond using one account for a few personal transactions when it is specifically meant for business.

I'm a sole trader. As far as that goes personal and business is one and the same thing. As long as the books are accurate then what's the problem. It certainly shouldn't be the concern of some woman at the end of a phone who just couldn't bring herself to say what she thought so she kept using the term ''Let's call a spade a spade!''. I hate that term. I hadn't got the slightest idea what she was talking about

However, she kept going on about reading terms and conditions and asking me about specific small money transactions.

I really don't know what on earth she was talking about but I was left with the impression that a number of £10 payments were being viewed (I can hardly bring myself to even say the word) as a transaction for what I will define as an illegal product. Whether this was the truth of what she was saying or not I didn't ask beyond saying everything is legal and above board. I didn't want to state the obvious because I was suffering from shock, bewilderment, and annoyance. To have some random woman at the end of the phone talking as if reading a page or two from George Orwell's 1984 seriously annoyed me.

It simply shows how these companies work and what they are all about. All I have done is to pay them a crazy amount of money in commission for doing very little work.

Sure, I work in the gambling industry with regard to running websites, writing articles, and promotion. I don't sell horse racing tips. I don't sell any dubious products and 100% legal in all I do. I have never even been stopped by the police, had a traffic ticket or anything. In fact, I am more righteous and legal than just about anyone you will ever meet.

Who on earth are these companies who can cast aspersions acting like some form of law enforcement when they have no power to do anything at all?

They simply hinder someone's business because they don't like the fact it's an off-shoot of the gambling industry.

I was questioned over a £25 payment that was refused. The reason only these idiotic people know.

I was asked what was this money for? You can't make this up. The truth of the payment is as innocent and kind-hearted as I am.

I had a free competition which horse racing fans could enter. I gave a £50 prize to the winner of the competition. Two people found the winner so they shared the prize.

The £25 I was questioned about was an act of generosity.

The person who was receiving the money said they would donate it to the NHS. So you can imagine I was peed off because I was stopped from doing this. Disgusting. I tried to pay it via the NHS Just Giving page. It wouldn't go through.

You wouldn't believe this. The same jobsworth women had the nerve to specifically ask what was the payment for when I tried to send it via the Just Giving charity.

I couldn't believe what I was hearing.

I was made to feel like a criminal for doing the right thing and appreciating others. Many times my account has detailed other payments to charity as I try my best to help support others.

This is the world we live in where we are guilty of an imaginary act and have little opportunity to prove our innocence.

I can assure this ''person'' that I could account for every single received payment and free to question every single person regarding these small transactions (£10 entry fees to take part in the tipster competition).

I'm going to close the account and work with a company that appreciates its customers rather than make them feel like a common criminal.
Pixabay: free for commercial use and no attribution but given